Runways and Stage thrusts have to look great, be stable, and showcase your talent or models. At Texas Stage Rental, we are experts at making you and your event look amazing! From custom sizes and shapes to custom colors, we’ve been there, and want to make your experience the best possible!

Putting on a fashion event, or any live event that might require a Catwalk Stage? Texas Stage Rental is here to help.

Giving models, speakers and performers the ability to interact with the audience, Catwalk Stages are an industry standard for Fashion and Corporate Events that require a display of stunning products and designs.

What Kind of Catwalk Stage Do I Need for My Event?

There are three typical types of catwalk and fashion runway stages:

T-Stage: A stage with a base and a stem for models and performers to walk down. This stage typically measures 24’X20’ at the top of the T, while the thrust of the T is normally 24’X8’. However, the T-stage, like all stages, can be built any size you wish.

I-Stage: This stage allows models and performers to go left and right at the end of the runway before walking back down the thrust of the T. This stage normally measures another 24’x8’ wide at the opposite base.

X-Stage: (Pictured) A multifaceted stage with many entry and exit points, and four runways that allow varied viewing angles for the audience. We can tailor-make any X-Stage to fit your event’s needs. 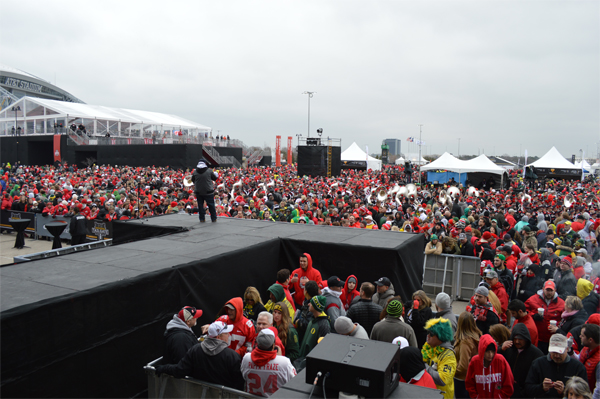 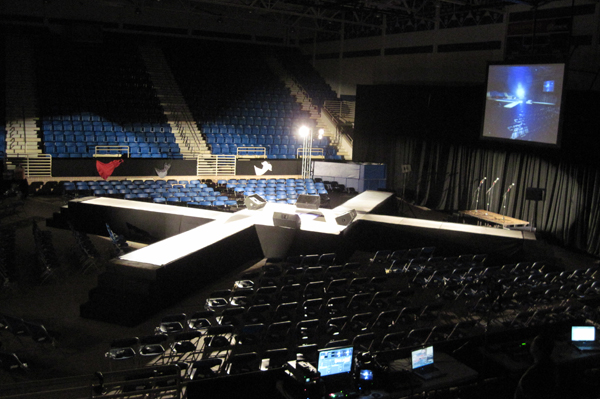 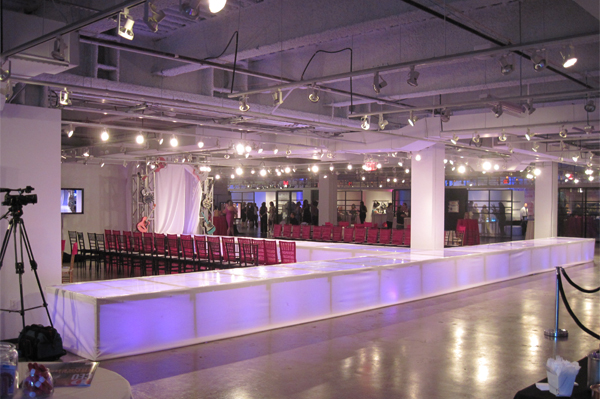 When you’re putting on an event in a theater or a cathedral, sometimes the stage isn’t large enough to support your talent. Stage thrusts take something that already exists, steps, seating, etc. and builds on top of it, expanding the stage. With stage thrusts, we can make your stage large enough to support your talent, and make your event a success!

We Build Everything with Safety and Care

The problem with putting on an event in an existing venue is the venue isn’t necessarily tailored to your event’s needs. Thankfully, this is a problem easily overcome with stage thrusts. However, stage thrusts are exceptionally difficult to construct and must be engineered diligently.

Building stage thrusts requires one to traverse and build upon many obstacles, including curved steps, seats, or an inclined floor. Obviously, stage thrusts must be constructed soundly to ensure the safety of those using the stage. Furthermore, carefully construct all of our stages to prevent any damage to the venue.

We are always respectful of the venue’s space and guarantee it looks the same after your event as it did before.

When Would I Need Stage Thrusts?

There are many occasions that require the use of stage thrusts.  Perhaps you’re putting on a corporate event, and the MC needs space to walk while a band is behind him. Most venue stages are not large enough to support such schemes and would require stage thrusts. Or maybe you’re simply hosting a live act with a plethora of musicians who need a larger stage.

Ask us a question